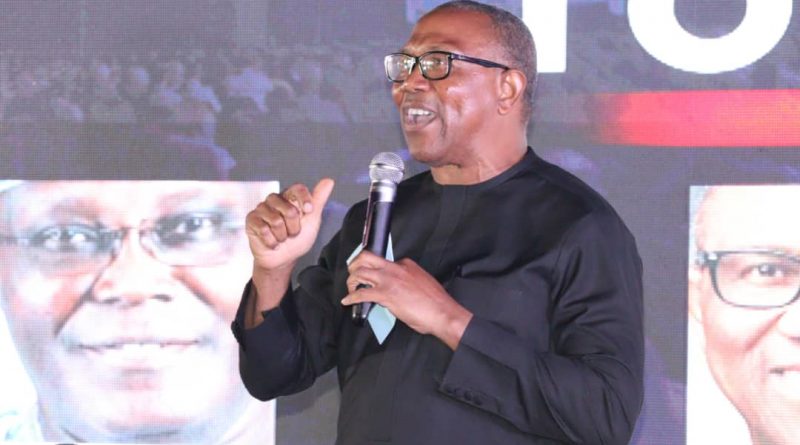 The first in the series of Presidential TownHall Meetings organized by the Arise Television, Centre for Development and Democracy and other partners, in Abuja, on Sunday with presidential candidates of All Progressives Congress(APC), Senator Bola Tinubu and Peoples Democratic Party(PDP), Alhaji Atiku Abubakar, failing to attend.

The event almost ended in fracas, as protests erupted over the representation of the PDP Presidential Candidate Atiku Abubakar, by his running mate, Governor Ifeanyi Okowa. There was no representation for Tinubu.

It took several appeals to calm frayed nerves and bring the angry supporters to agreement, for Governor Okowa to stay on at the meeting.

During the question and answer session, LP Candidate, Obi stole the show with his consistent verifiable figures which were confirmed by fact check team, led by the Premium Times. 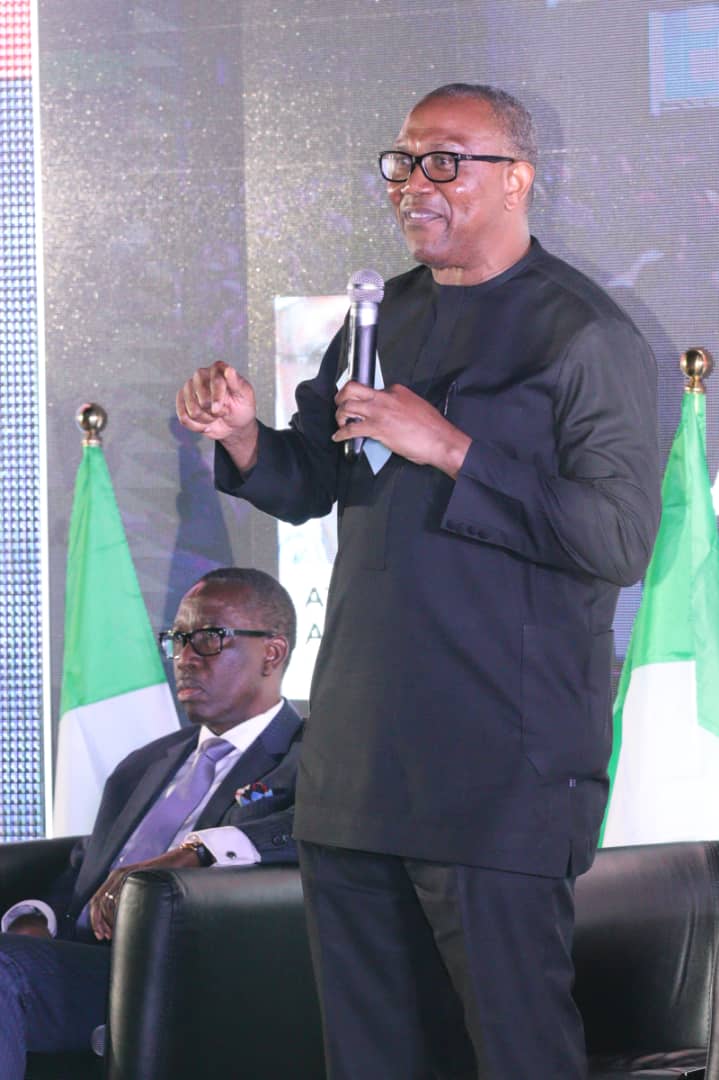 Obi, speaking on security challenges, reiterated his earlier position that pulling people out of poverty is surest way to reduce criminality.

He said that Nigerians must in 2023, avoid electing persons who could not in their past, account for resources entrusted in their official care.

However, interchangeability is not automatic, hence the President is required to formally hand over,in writing to his Vice if going overseas for an extended period. 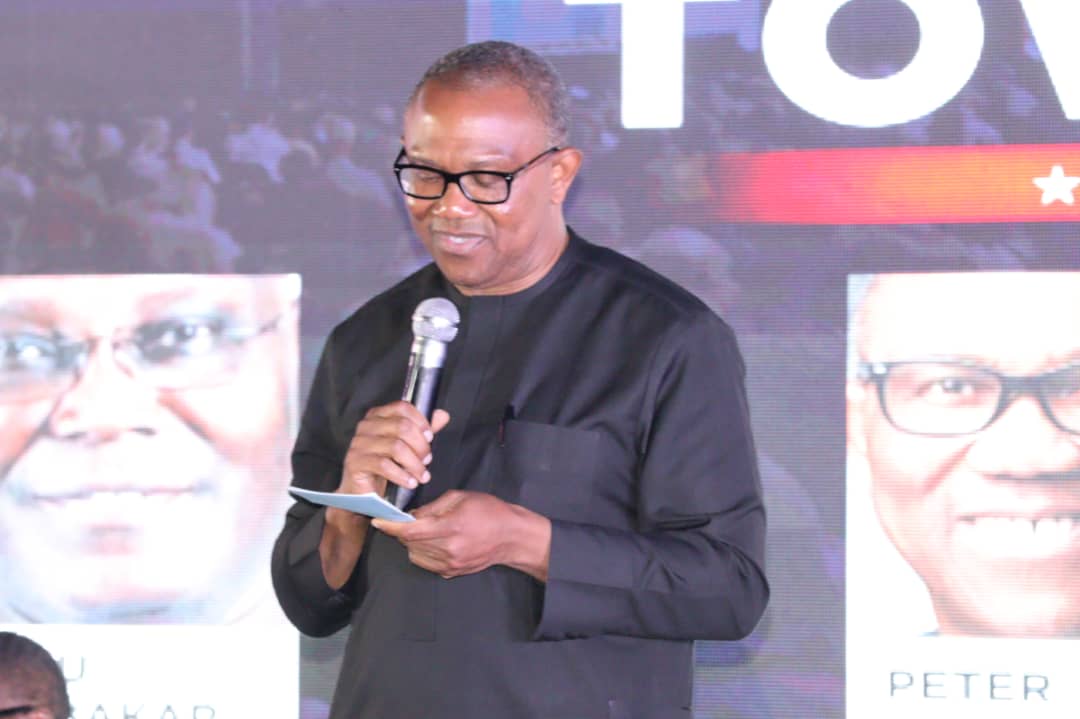 Obi was emphatic on the issue of subsidy, saying that he will remove it, but invest the saved revenue properly, even as he insisted that oil theft is an organized crime which very much involves regulators.

On borrowing, Peter Obi said he has never been against borrowing, but said it must be for production, not for consumption and wastages in government must be blocked to boost revenue and manage the exchange rate.

Speaking about diversification of the economy, Obi said the economy was already diversified, but not enough attention had been made to boost production

Obi said military experience was no prerequisite in tackling security challenges, that what was required was a good understanding of the problems and the ability to apply the right human and material resources for their urgent eradication. 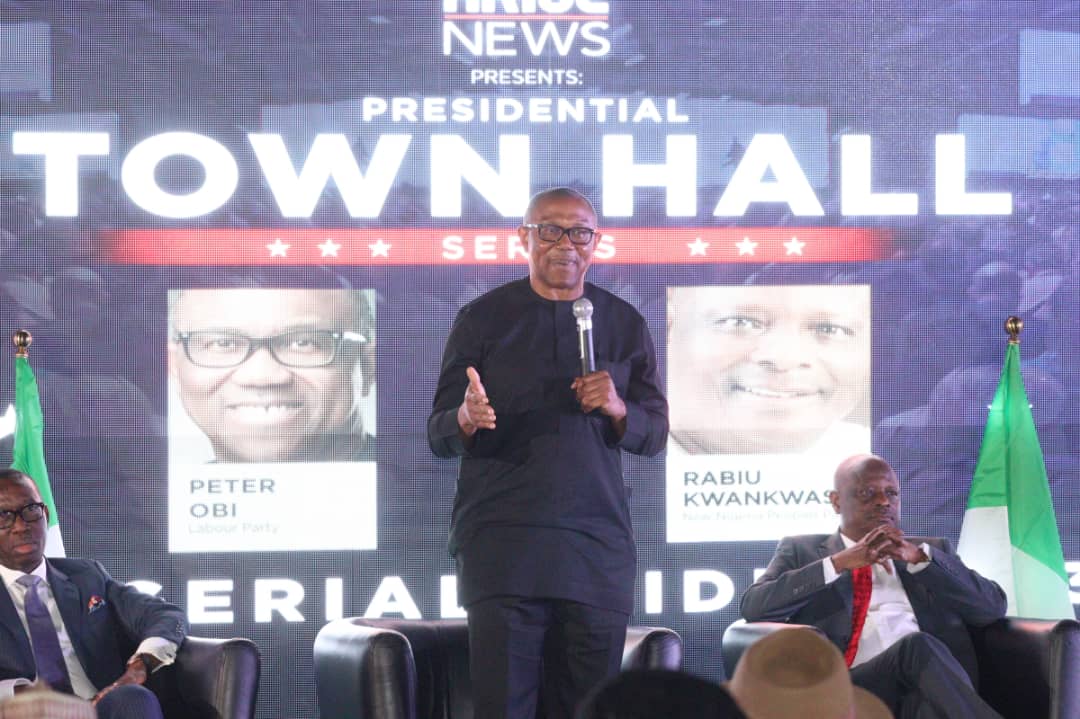 On devolution of power, Obi said women and youth will be the engine of his administration if elected President and his record in Anambra State speaks for itself as women occupied critical positions in his administration as governor, including deputy governor, chief of staff, commissioners for finance, education etc.

Borno State has very low production of Agricuture in relation to its large mass of land, but he promised to make this a priority.

On flood control, Obi said it was not impossible to effectively check it, if Egypt had made so much progress in flood control, with much bigger flood potential,
the solution, he said, lies in the reappraisal of dredging and channeling solutions, many of which had been articulated in the past, but the funds wasted on corruption.

Obi described himself as a wealth creator in his private life, and his public record, and he promised to apply the same principle, if elected to the Presidency.

The townHall meeting lasted for over four hours from 8pm to 11.50pm. 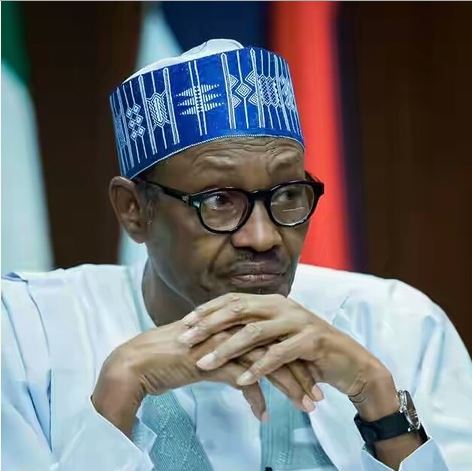 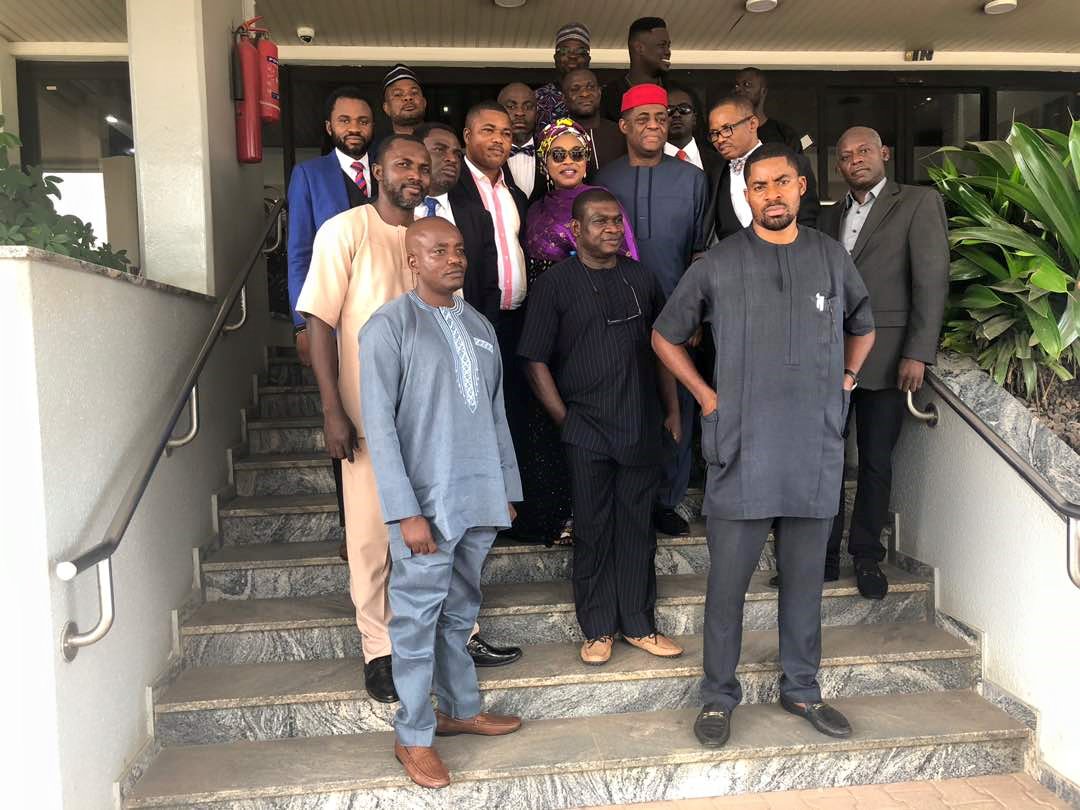 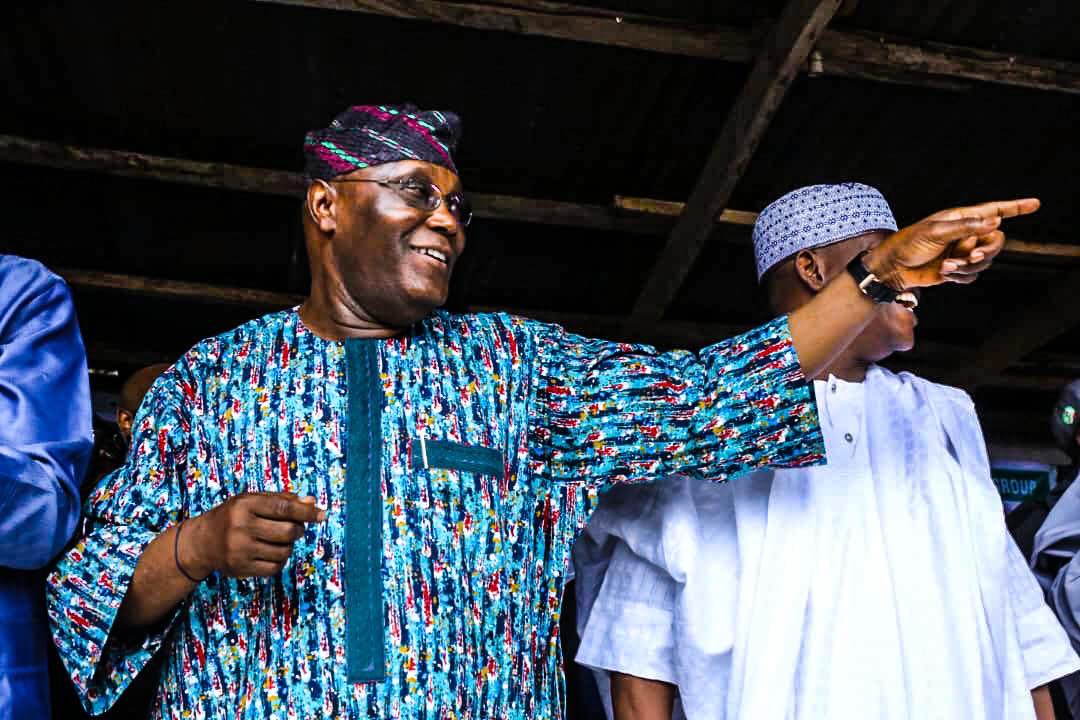