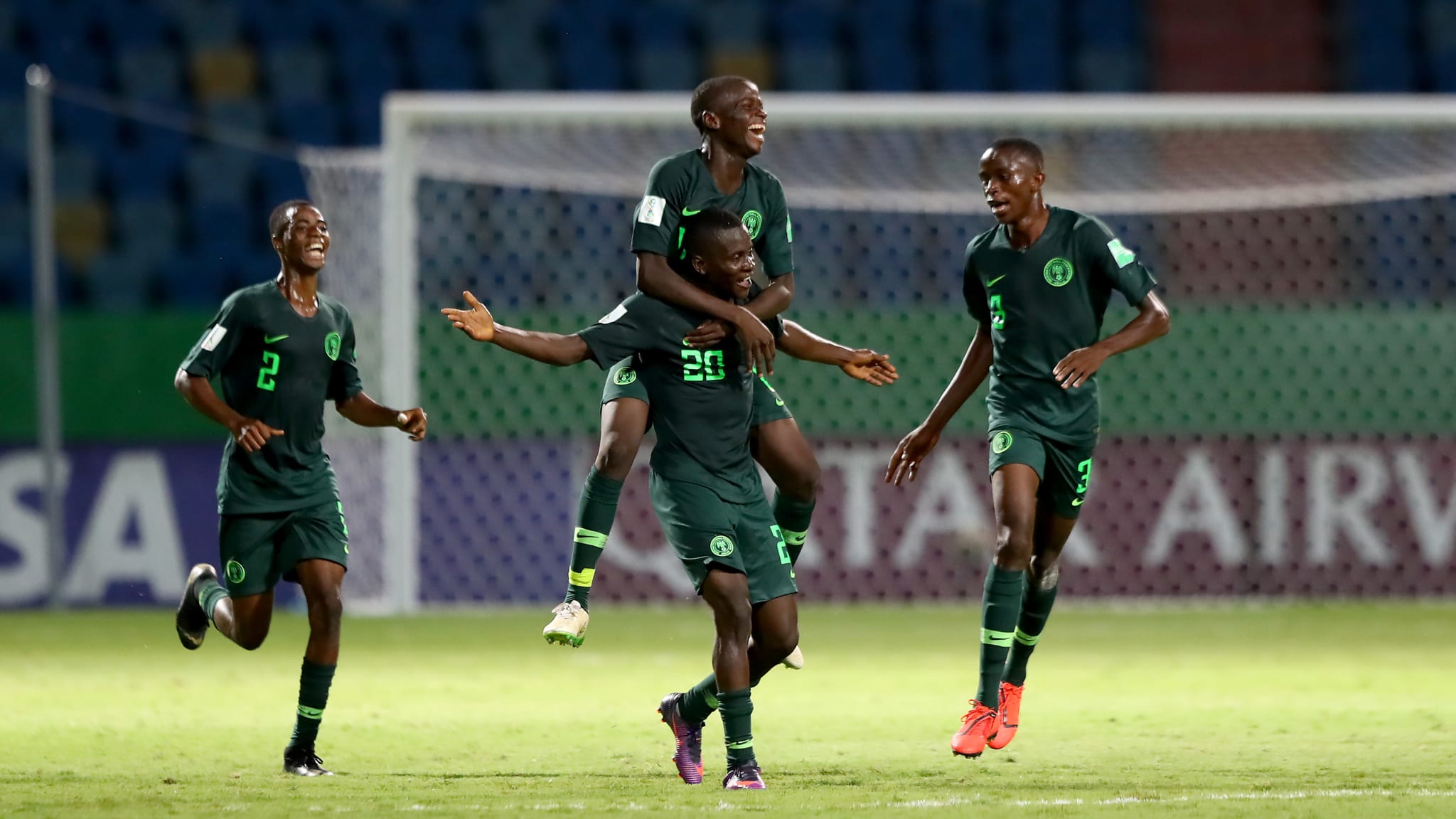 Five –time champions Nigeria will start as favourites when they confront Netherlands in Tuesday’s Round of 16 clash at the FIFA U17 World Cup finals in Brazil.

The Golden Eaglets topped their Group B after winning two matches (defeated Hungary 4-2 and Ecuador 3-2) and losing one (1-2 to Australia). Victories over Hungary and Ecuador were obtained at the Estadio Olimpico while the loss to Australia was in Brasilia.

Now, the Nigerian youngsters are back at the familiar surroundings of Estadio Olimpico and will go all out for victory against the Dutch on Tuesday night.

Nigeria forward Ibrahim Sa’id is the only player to have scored a hat-trick in Brazil, and team captain Samson Tijani has also weighed in with two goals – both against Hungary in a tough-as-nails opener. Olakunle Olusegun, Akinkunmi Amoo, and Wisdom Ubani are yet to be among the goal scorers and look forward to the game against the Dutch to make their mark.

Head Coach Manu Garba told the world media in Brazil that the will to win is part of Nigeria’s DNA, and the Class of 2019 is no exception. However, his Eaglets must overcome the disappointment of the unexpected loss to Australia in their final group game, and seize the encounter with the Dutch by the scruff rather than wait for any comeback performance.

“We will look to have the initiative from the beginning against the Netherlands. This is the knockout stage and falling behind at any stage could be tricky,” admitted captain Tijani.

Tuesday: Angola Vs Korea Republic; Nigeria Vs the Netherlands

Wednesday: Japan Vs Mexico; Spain Vs Senegal; Brazil Vs Chile; France Vs Australia