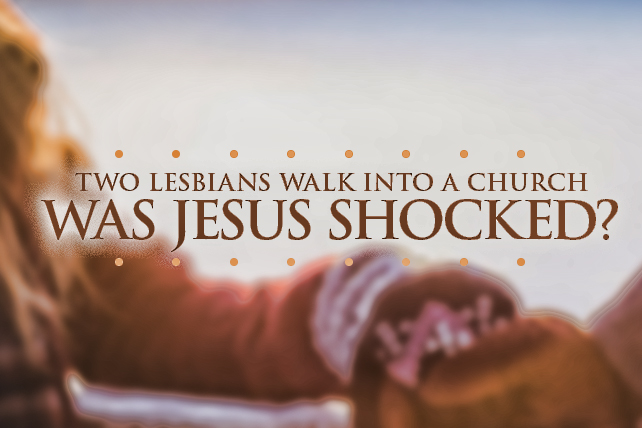 “Let’s just go for fun! We’ll see how much we can push their buttons,” Amy teased her girlfriend, who didn’t like the idea of hanging around a bunch of Christians.

“Come on,” Amy insisted. “I hear their motto is ‘Come as you are.’ I just want to prove that they’re ‘come as you are’ … unless you’re gay.”

Amy had been in a nine-year lesbian relationship that had broken up, leaving her wondering why her deepest longings could never be satisfied. She and Rachel had just started hanging out when they decided to attend one Sunday morning.

“I came on a mission to shock people,” Amy admits. “Rachel and I would hold hands in front of people, but instead of the disgusted looks of contempt we expected, people met eyes with us and treated us like real people. So we started coming to church weekly. We kept moving closer to the front each week, trying to get a reaction so that we’d be rejected sooner rather than later. When we couldn’t shock people, we stopped trying and started learning.

“Not long after that, Rachel and I stopped seeing each other, but I kept coming to church because I was searching for something,” Amy admits. “I definitely wasn’t looking to change. It wasn’t my lesbian lifestyle that I was bringing to God, but I wondered if God had answers to my deeper longings. Problem was, I didn’t trust God at all!

“The more I listened and learned about the teachings of Jesus, the more I started to actually believe that God really did love me. I heard more and more about being his Masterpiece, and in time, I actually started to believe it. The more I believed God actually could see something of value in me, the more I trusted him.”

Over time, Amy slowly opened her heart and struggles to Christ. “It took several years, but as I moved closer and closer to Christ, he gently took me on a very surprising journey. First, I found out my father had nine affairs while I was growing up—a secret that rocked my world. Jesus began to show me how the roots of my sexual issues tie together with my dad’s—I was just like him, using people to find comfort, life and love outside of God.”

Amy continued to grow in her knowledge of the Scriptures, falling more and more in love with the Lord. The following year, God had another surprise for her: “I went to the seminar called ‘To Be Told,’ hosted at Gateway. I wanted to see how God could put closure to my brokenness, but what he showed me shocked me,” Amy recalls.

“As Dan Allender was telling a story of a bully, I suddenly had a flashback of getting off the school bus. I lived down the street from Jimmy, a boy who had bullied me all year. But this particular day, Jimmy acted nice to me as I got off the bus,” Amy recalls.

“He apologized for being so mean, and he invited me to come to his house.”

That day in the seminar, all else faded to black as this vivid nightmare crept back to life. Amy saw herself walking through Jimmy’s front door, noticing all the shades pulled down. Startled, she spied two teenage boys eyeing her with a ravenous look as the door slammed shut. Her screams never escaped the evil darkness that enveloped that house. They pinned her down and raped her.

She was only nine!

Amy swam in a pool of tears as the seminar continued. Others were oblivious to her divine epiphany. She realized the Lord had been drawing her near to strengthen her for this revelation—to show her the source of so much sexual struggle hidden for years beneath layers of protective mud.

“After that, I realized God knows more about me than I know about myself,” Amy recalls, “and he wants to bring healing to these wounds, so I fully gave him my heart and body—everything. As I continued to seek intimacy with him, the lesbian struggles fell away. I’m not saying that’s how God works with everyone, but it’s how he’s healing me. The more I focus on God’s intimate love for me and try to see his Masterpiece emerge, the less I want anything to get in the way of his work in me.”

Jesus Is Never Shocked
Do you realize that Jesus is not shocked by the shocking things people do? Jesus knew Zacchaeus had robbed people blind and profited off much unethical behavior, yet Jesus was not shocked. He did not offer Zach correction, but relationship. “Come down, Zacchaeus. I’m staying at your house tonight” (see Luke 19:5). That shocked everyone! Yet relationship changed Zacchaeus.

Jesus knew that the Samaritan woman at the well had been married and divorced five times. He knew about her current “hookup” and how sexually entangled she was with the guy she was living with (John 4). Jesus was not repulsed. (Samaritans of Jesus’ day were treated by the religious community like gay people often get treated by some of today’s Christian community.) None of this kept Jesus away or kept him from offering her living water. Maybe Jesus wants Christ-followers who will be less like the Pharisees and more like him—unshockable.

Luke tells of a time Simon the Pharisee invited Jesus to dinner. Jesus and his disciples went and “reclined at the table” (Luke 7:36) along with Simon’s religious friends, who were skeptical about Jesus’ true identity—mainly because he showed more love for “sinners” than love for the Law of Moses (Jesus had just made it clear this wasn’t true; he came to fulfill the intent of the Law of Moses). They invited Jesus there to judge him, not learn from him.

Middle Eastern dining style consisted of a one-foot high table with pillows on the floor for seating, usually with feet stretched out to the side or behind them. As the meal proceeded, an immoral woman crashed the party. She sheepishly made her way over to stand behind Jesus. Luke makes sure we know she had “lived a sinful life” (v. 37). She did not just have a few slipups, but rather had made a life out of her sexual deviancies, and everyone knew it! Her mud was public knowledge. Her whole life, she had felt judged and condemned by the religious establishment, so to go into the house of her tormentors took enormous courage.

Yet there she stood … because Jesus was there! Somehow word on the street had traveled to her through the crowd she hung out with—there’s hope in Jesus for the muddiest human. Hearing he had come near, an unstoppable force welling up from within had drawn her to his feet. As she stood in his presence, hope burst through the dam of all that pain that had driven her mudslinging behavior—she started to cry. Her tears accidentally landed on Jesus’ dirty feet (that his host had not shown the common courtesy to wash).

The tension in the room mounted; everyone’s shoulders tightened as she fell to her knees behind Jesus, bent down and wiped his wet, dirty feet with her hair. She took out a bottle of oil mixed with perfume, took the oil in her hands and gently stroked his feet with the oil—kissing them as she anointed him with the perfume.

Jesus just sat there, never flinching, eyes fixed on the Pharisees, watching them react in shock and disbelief—flames of contempt shooting out of their merciless eyes.

Simon could stand it no more. This outrageous scene had proven his point. He muttered to himself and his “more respectable” guests, “If this man were a prophet, he would know who is touching him and what kind of woman she is—that she is a sinner” (Luke 7:39).

In other words, if Jesus were truly a prophet, he would know about her scandalous sexual sin, and he would be shocked. But Jesus did know and was not shocked!

Now you have to realize, this was a controversial situation. Imagine a known prostitute coming up to your pastor, kissing his feet and rubbing oil on them after the Sunday service. It would be his last Sunday at most churches if he didn’t put an end to it fast! What was Jesus thinking? Why didn’t this shock Jesus like it would all of us?

Jesus looks at the heart. It’s about the heart. Jesus confronted the unloving hearts of his host and friends while this woman demonstrated a heart overflowing with love. Jesus said, “Simon, I have something to tell you” (v. 40).

“Two people owed money to a certain moneylender. One owed him five hundred denarii [a whole lot of money], and the other fifty [one tenth as much]. Neither of them had the money to pay him back, so he forgave the debts of both. Now which of them will love him more?”

Simon replied, “I suppose the one who had the bigger debt forgiven.”

Then he turned toward the woman and said to Simon, “Do you see this woman? I came into your house. You did not give me any water for my feet, but she wet my feet with her tears and wiped them with her hair. You did not give me a kiss, but this woman, from the time I entered, has not stopped kissing my feet. You did not put oil on my head, but she has poured perfume on my feet. Therefore, I tell you, her many sins have been forgiven—as her great love has shown. But whoever has been forgiven little loves little.”

It’s all about love! Don’t miss this very critical point Jesus makes to us all—if you truly recognize how much it cost God to forgive you, it will flood your heart with love for God and others who need more of the same.

It’s all about love! Not a love that ignores the mud and the damage that destroys God’s Masterpiece, but a love that recognizes how much loving mercy God has given a messed up person like me!

That great love brings grace and truth together to give hope to a broken world in need of forgiveness and restoration.

Excerpted from John Burke, The Mud and the Masterpiece, Baker Books, a division of Baker Publishing Group, 2013. Used by permission. 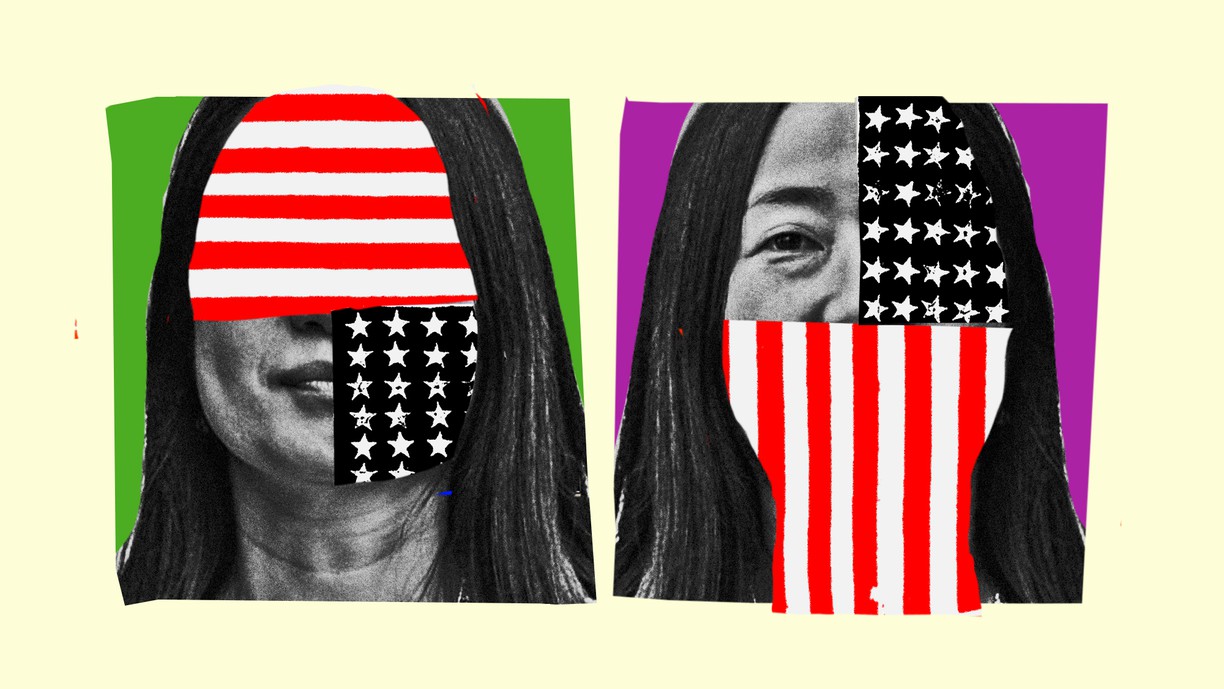 The Dehumanizing Logic of All the ‘Happy Ending’ Jokes 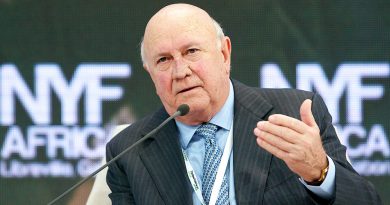 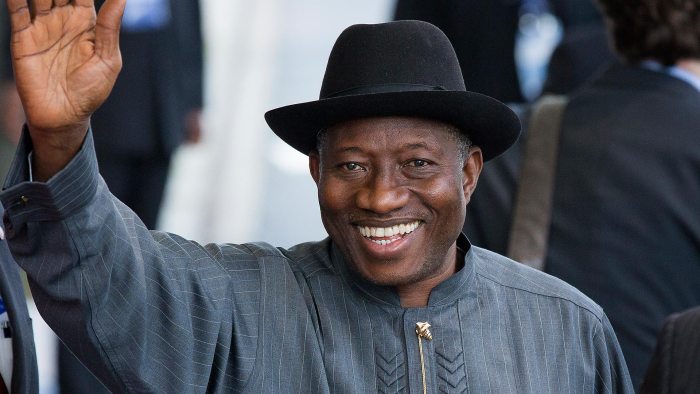 Jonathan at 61: When a leader leaves positive strides in the sands of time