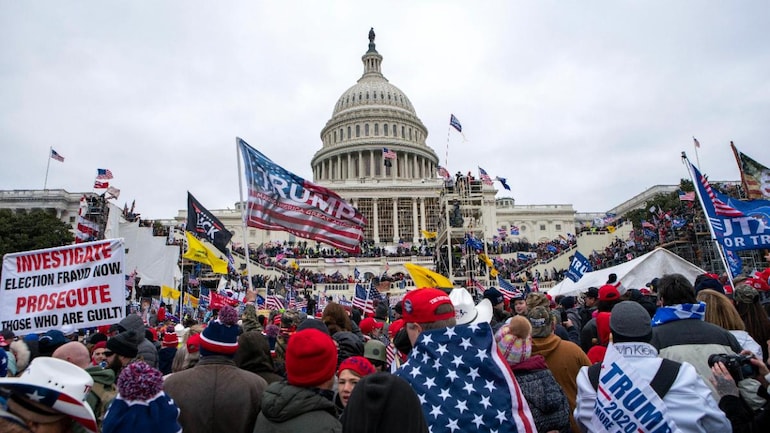 Trump supporters took to rioting, arson and violence at the US Capitol as the Congress convened to certify Joe Biden’s win. One woman was killed in police firing while three others died in medical emergencies. The Congress resumed session and went on to certify 306 votes in favour of Joe Biden’s victory. Top developments:

The United States witnessed a major breach of security on Thursday morning (IST) as hundreds of Trump supporters stormed the US Capitol by breaching four layers of security and entering the buildings at a time when the US Congress was on its way to certify Joe Biden as the next US President.

One woman was killed in police firing even as hundreds of men and women armed with pro-Trump flags and even explosives that the security personnel neutralised stormed the US Capitol in a last-ditch effort to overturn the US election result in which Trump has failed to secure a second term. However, hours after the invasion, the Congress resumed session and certified over 270 electoral college votes to secure Joe Biden’s victory over Trump.

Top developments from Washington DC:
1. On Thursday, as the US Congress convened a session to certify Joe Biden as the next President of the United States, hundreds of Trump supporters gathered outside the US Capitol to protest against the election results going in favour of the Democrats.

2. As Donald Trump called for the protesters to march to the US Capitol and “express their anger” against the election result, his supporters took to rioting and wreaking havoc who stormed the Capitol building, rummaged through the offices and vandalised government property.

3. Hours after the Congress resumed session following the invasion by Trump supporters, it certified the required 306 electoral college votes for Joe Biden that was needed to secure his victory over Donald Trump.

4. One woman died after being shot during the mayhem. The FBI said it had disarmed two suspected explosive devices found among the Trump supporters. Police say four people died as Trump supporters occupied the US Capitol. One woman was shot by police and three others died in medical emergencies.

As the violence went on for hours, police evacuated the US lawmakers to safety. After over three hours of the invasion, police managed to clear the US Capitol building for Congress to reconvene and go ahead with the certification process.

5. Meanwhile, even as his supporters indulged in violence, arson and rioting, President Donald Trump posted a video on Twitter repeating his false claims on election fraud but also urging the protesters to leave. “You have to go home now, we have to have peace,” Trump said, adding, “We love you. You’re very special.” However, Twitter and Facebook restricted users from sharing Trump’s video, citing the risk of violence.

Twitter later locked the account of Trump for 12 hours over “repeated and severe violations” of the platform’s policies. 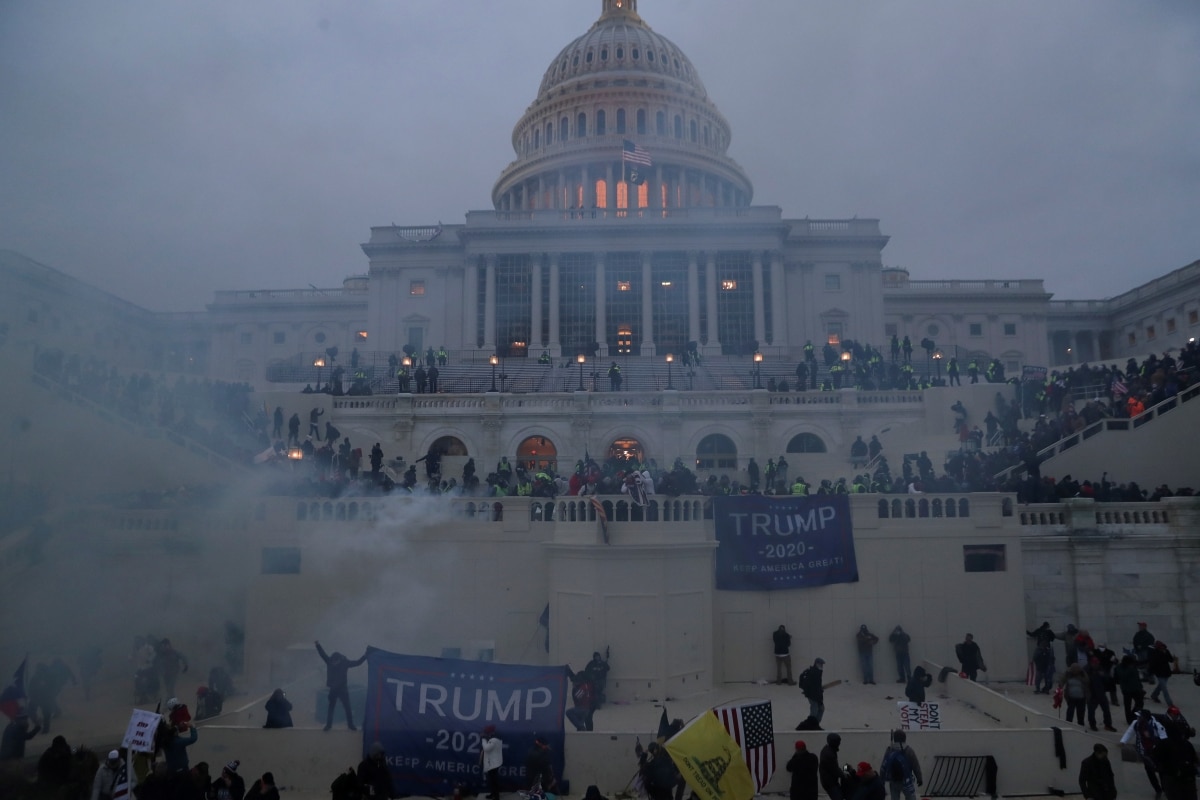 As the pro-Trump protesters stormed the US Capitol, the office of Nancy Pelosi, Speaker of the House of Representatives, suffered damage during the vandalism. One image captured a Trump supporter sitting with his feet up on the desk of Pelosi, who is known to be a fierce critic of President Donald Trump.

7. In wake of violent protests at US Capitol and President Trump’s reaction to the major security breach, several top aides of Trump, national security adviser Robert O’Brien, are reportedly considering resigning from their posts. Stephanie Grisham, Chief of Staff for US First Lady Melania Trump, has resigned.

9. The major chaos in the US Capitol comes in the wake of President Donald Trump whipping up his supporters over weeks to take out “wild protests” against the US election result and march to the building that is known as the seat of democracy. Trump has refused to concede his loss to Joe Biden and has been alleging election fraud ever since the results declared his loss. Trump had urged his supporters multiple times to come to Washington for a rally on the day the US House of Representatives and Senate were scheduled to certify the results of the Electoral College. 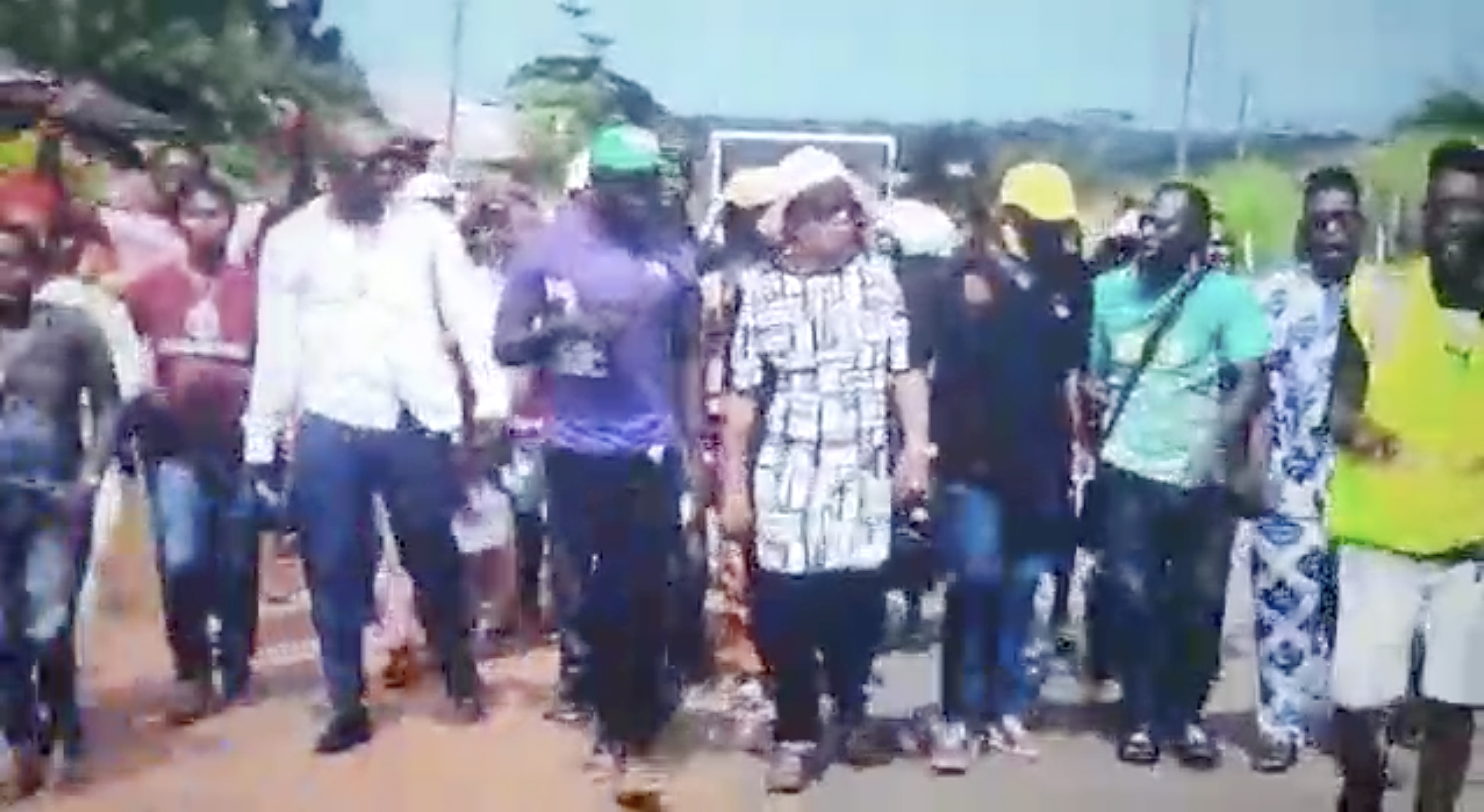 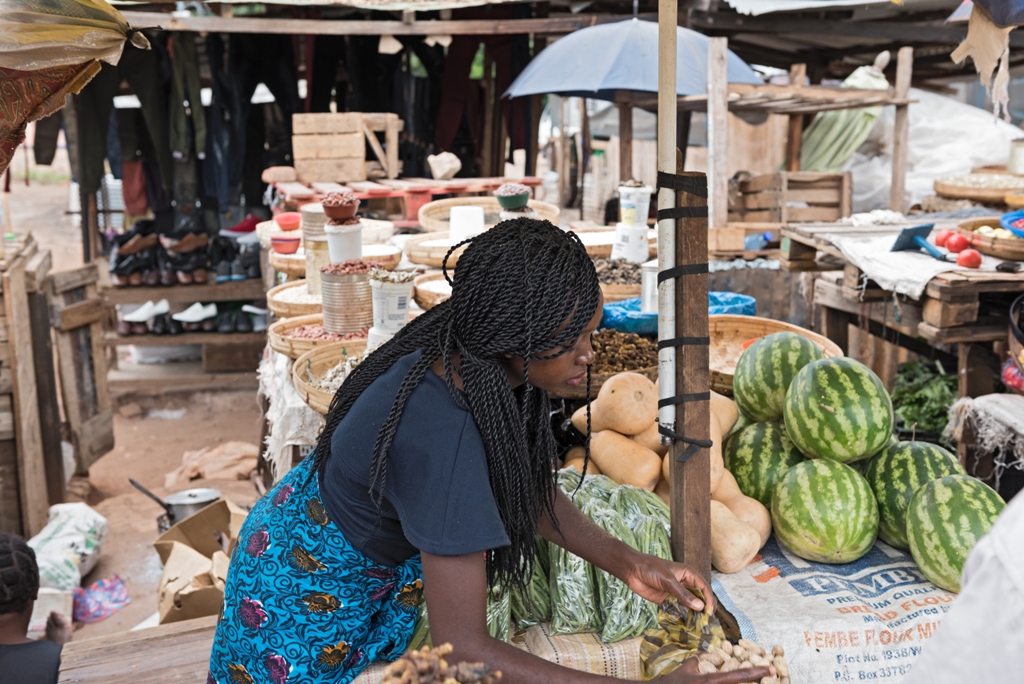 Amid the coronavirus pandemic, the SDGs are even more relevant today than ever before