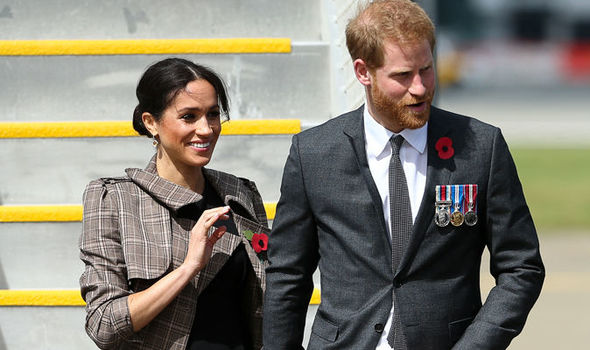 Buckingham Palace confirmed Friday that claims have been filed on behalf of the Duke of Sussex against News UK (owner of The Sun) and MGN (former owner of The Mirror) at the High Court regarding alleged illegal interception of voicemail messages.

News Group confirmed that a claim had been issued, reports The Guardian.

The news comes shortly after Prince Harry issued a strong defense of his wife Meghan Markle amid what he described as the “ruthless” treatment she has received in the British tabloid press. In an emotional statement released on Tuesday, the royal spoke candidly about the “bullying” Meghan has received.

“Unfortunately, my wife has become one of the latest victims of a British tabloid press that wages campaigns against individuals with no thought to the consequences — a ruthless campaign that has escalated over the past year, throughout her pregnancy and while raising our newborn son,” Harry said.

The royal went on to say that he and Meghan have “continued to put on a brave face – as so many of you can relate to – I cannot begin to describe how painful it has been.”

His statement came as the royal couple launched legal action against the Mail on Sunday in the U.K.

A legal spokesperson from Schillings, who is representing the Duchess of Sussex, said: “We have initiated legal proceedings against the Mail on Sunday, and its parent company Associated Newspapers, over the intrusive and unlawful publication of a private letter written by the Duchess of Sussex, which is part of a campaign by this media group to publish false and deliberately derogatory stories about her, as well as her husband. Given the refusal of Associated Newspapers to resolve this issue satisfactorily, we have issued proceedings to redress this breach of privacy, infringement of copyright and the aforementioned media agenda.”

Harry added that he has been “a silent witness to her private suffering for too long. To stand back and do nothing would be contrary to everything we believe in.”

Although Prince Harry, 35, didn’t directly address the statement, he gave a powerful speech on the final day of their tour of Africa on Wednesday.

“We will firmly stand up for what we believe,” he told those gathered in Tembisa, a township near Johannesburg in South Africa. “We are fortunate enough to have a position that gives us amazing opportunities, and we will do everything that we can to play our part in building a better world.”

“We will always seek to challenge injustice and to speak out for those who may feel unheard,” Prince Harry continued. “So no matter your background, your nationality, your age or gender, your sexuality, your physical ability, no matter your circumstance or color of your skin — we believe in you, and we intend to spend our entire lives making sure you have the opportunity to succeed and change the world.”